The permanent exhibition of the LEOPOLD LEVYTSKY MEMORIAL ART MUSEUM features the creative achievements of the famous Lviv artist – unsurpassed master of the press-stamp printing graphics whose works had a tremendous influence on the developments of Ukrainian graphics of the second half of the 20th century.

The Leopold Levytsky Memorial Art Museum (10/ 1, K. Ustyianovych Street)
Located in the former residence of one of the most prominent Ukrainian graphic artists of the 20th century, it was founded in 1984 due to the painstaking efforts of the widow of the artist Genia Levytska and owing to active support of the public. The Museum’s exhibition exposed in 3 rooms features the creative achievements of Leopold Levytsky as an unsurpassed master of the press-stamp printing graphics.
In 1945, after WWII Leopold Levytsky returned to Ukraine, coming from evacuation in Kazakhstan, and took up residence in Lviv. His inexhaustible humor, optimism, benevolence towards people, and outstanding gift soon made him one of the major figures in Lviv artistic life of the 1950s–1960s. The exhibition fully reveals the multifaceted talent of the master whose creativity produced a remarkable influence on the development of Ukrainian graphics of the 20th century. 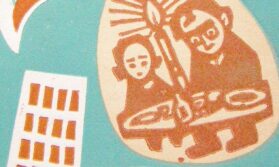 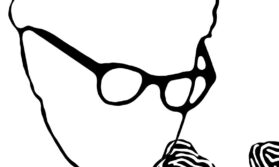